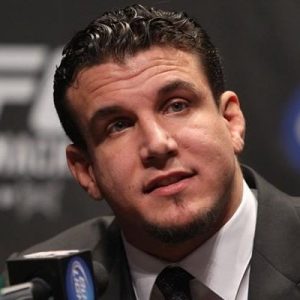 Frank Mir is a great addition to our heavyweight division

The Bellator MMA roster recently got some more depth. News of former UFC heavyweight (265-pound) champion Frank Mir’s signing originally broke on August 15 but has been made official through a statement made by Bellator MMA President Scott Coker.

Coker recently told the Las Vegas Review Journal, “Frank Mir is a great addition to our heavyweight division,” Coker said by phone. “There’s a lot of great potential fights for him. (Matt) Mitrione, Fedor (Emelianenko), (Cheick) Kongo. We just have a lot of great fights potentially in our future…

There’s a lot of good fights there for him. Bobby Lashley should be coming back before the end of the year. Our heavyweight division has a lot of characters. We have some legends and some guys who have proven they can still bring it. We just have some great matchups.”

Mir, 38, had just been granted his release from the UFC after a record uninterrupted tenure of 5,727 days—more than 15 years. He last fought on March 19 of 2016 in a losing effort to Mark Hunt as part of UFC Fight Night 85’s main event (a knockout loss in just over three minutes.)

His last victory was a first-round KO of Todd Duffee over two years ago. Mir has since been dealing with issues revolving around a failed drug test on the day of the fight with Hunt. He tested positive for oral turinabol metabolites but maintained that he has never used performance-enhancing drugs (PEDs,) going on to blame possibly tainted kangaroo meat he had eaten before the fight.

Mir was then suspended by the UFC-partnered U.S. Anti-Doping Agency (USADA) for a period of two years (backdated to April 8, 2016.) However, Coker said that Mir was able to sign with Bellator and he expects to have Mir fight in around three to four months. Bellator is not tied to USADA and no state athletic commissions were involved in the suspension.

Had Mir stayed with the UFC, he would have not been eligible to return until April of 2018. The Las Vegas native was on the sidelines as a competitor and his employer expressed no interest in having him in the role of broadcaster, so he requested his release, which was not granted until last month as mentioned.

Mir said to MMAFighting.com around the time of his initial request in July of 2016:

“After I realized three weeks ago the situation in its entirety, and looked at my savings account and what my kids cost to raise, I realized I have to go make a living. Being tied up not able to fight and not able to do any analytical works. .. I know they’re very busy, there’s a lot on their plate, so I’m trying as patiently as a person can be find time to get in front of them and discuss the issue.”

Per USA Today’s MMAJunkie.com, Mir will enter Bellator holding the following UFC records in addition to the one mentioned previously:

The heavyweight legend also famously submitted WWE’s Brock Lesnar in his UFC debut before going on to win an interim heavyweight title. He would fall to Lesnar in a rematch for the gold at UFC 100 by second-round TKO.